The stars of Rupaul's Drag Race will be slaying their way across the stage at Keller Auditorium on Tuesday 24th September 2019 in an intergalactic mission to save the universe!

"Werq the World is the official Drag Race tour for a reason," say Drag Race judge and host for the evening Michelle Visage. "The show has always been a theatrical production of the highest caliber but in 2019, we're stepping it up into the stratosphere. This show is going to leave fans gagging and I'm not afraid to say that my performance, in particular, will give you life." 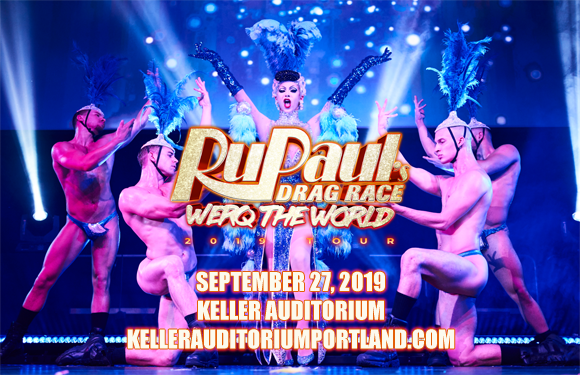 The Werq the World Tour is the official touring show of international hit show RuPaul's Drag Race! This year's cast features Aquaria, Kameron Michaels, Asia O’Hara, Kim Chi, Naomi Smalls, Violet Chachki and the queens from Season 11, all strutting their stuff and sissying that walk in the way only these fabulous queens can!