Get yourselves ready Oregon for Thursday 13th June 2019! Are you ready for an event like no other? That's right: Portland Opera: The Barber of Seville is coming to Keller Auditorium in Portland, Oregon for their most incredible show yet. Find out why critics are calling this the most important concert of 2019. This act is known for their atmosphere, and captivating stage presence – Portland Opera: The Barber of Seville is considered as one of the greatest shows around right now. Tickets are finally on sale, so be sure to get yours before June as events can sell out. This live music event is going to be one Thursday you won't be forgetting in a hurry! 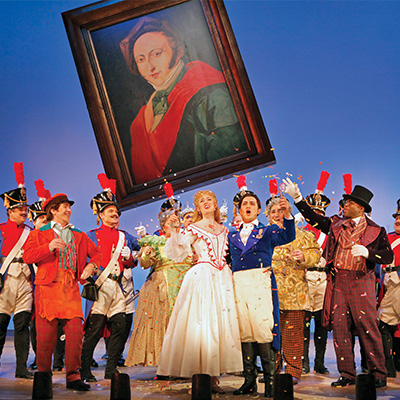 The month of June is known as one of the most musical months in Oregon. It’s that time of the year when the most popular performers rush to Portland at the request of their most passionate fans. In this clutter of awesome gigs and concerts, one name still stands out – Portland Opera: The Barber of Seville will be playing live at Keller Auditorium on Thursday, Thursday 13th June 2019. Yes, you read that right! In what could be one of the most exciting musical performances of 2019, Portland Opera: The Barber of Seville will be smashing their greatest hits in front of thousands of fans. Make sure to be there! And hurry up as the tickets for this event usually sell out quickly.