Relatively newcomers to the music industry, the Home Free Vocal Band comes to Keller Auditorium on Friday, September 23rd 2022. This very talented and professionally qualified A Cappella quintet of five vocalists, started as a hobby for the teen group of vocalists and are rapidly maturing into a group to be followed and respected. Home Free have toured all over the United States and in 2016, they toured outside the States, performing in the UK, Scotland and Ireland and parts of Europe. Starting as a nondescript all-purpose vocals band, they have recently changed their music style, to performed Country style music, to the approval of many of the audiences. 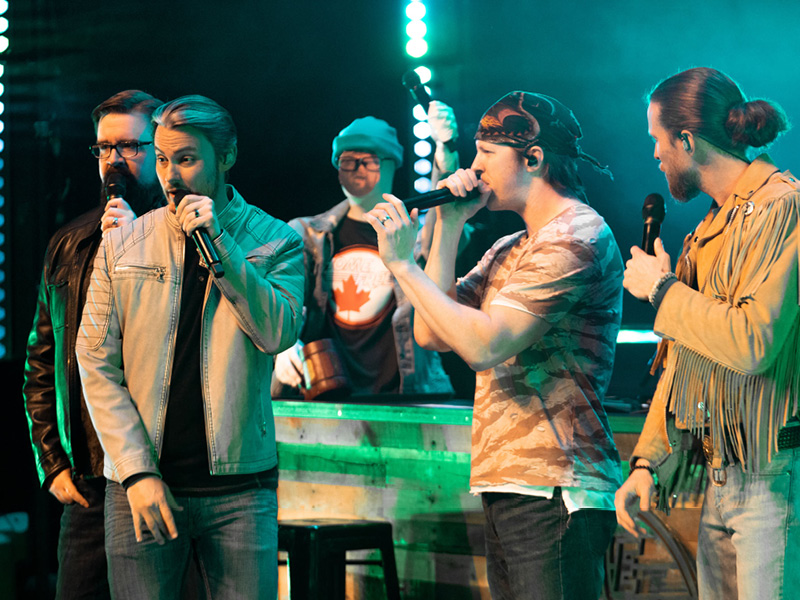 The Home Free Band, began their music career as a group of teens in 2001, as a hobby. The A Cappella quintet graduated from schools and colleges as professional, qualified musicians Tim Foust and Austin Brown, both founding members, have been penned the vast majority of their music. The quintet performed for a number of years on the Cruise ship circuit, to build up some experience in the music industry.

The Home Free band started performing all-purpose vocals with no real tie to any flavor of music, but recently they have changed course to a more Country style music, and recent performances have indicated the audiences approve of this shift. In 2014 Home Free released their first album, Full of Cheer. In 2016, the album was re-released as Full of (Even More) Cheer, and this debuted in the Top Country Albums at number two.

In 2021, they released their latest and 14th album. All the Home Free Band members are mad about Christmas, hence three of their albums feature this theme. Like so many other musical bands and personalities, Home Free Band performed a virtual tour during the Covid Pandemic of 2020