Hard rock fans! This may be your last ever opportunity to join hard rock legends Deep Purple for a live show as they head to Keller Auditorium on Tuesday 10th September 2019 on their Long Goodbye Tour! The British rock pioneers will be retiring from touring soon, but this farewell show will showcase the iconic group in all their glory! Get ready to say goodbye with an epic show full of classic tunes like "Smoke on the Water"! 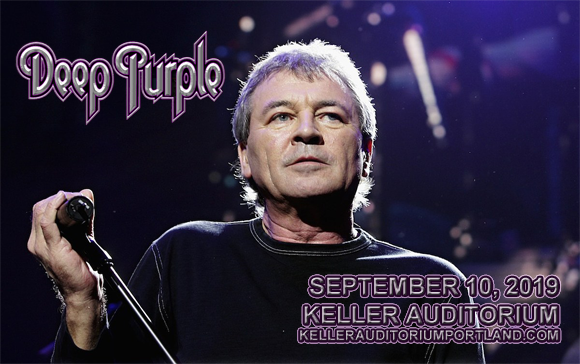 Best known for their Mark II line-up of Ian Gillan (vocals), Jon Lord (keyboards, backing vocals), Roger Glover (bass), Ian Paice (drums), and Ritchie Blackmore (guitar), who performed together from 1969 to 1973, Deep Purple are one of rock's most influential and enduring bands. The group began in 1968 as a prog-rock outfit, before developing a heavier sound over the following years. In 1972, they made the Guinness Book of World Records as "the globe's loudest band" following a gig at London's Rainbow Theatre. Despite traversing several line-up changes and an eight-year hiatus (1976-1984), Deep Purple remains a stalwart of hard rock and is one of rock's most influential bands. To date, they have sold over 100 million albums worldwide, including 8.5 million certified units in the US.