Fierce, fearless and full of talent, Canadian pop punk powerhouse Avril Lavigne returns to the stage for her first tour in five years! Fans can look forward to a set of brand new material from the singer-songwriter, who returned to music this year with the incredble Head Above Water! A candid, emotionally-charged record, the album is Lavigne at her very best and there's no doubt it'll be a treat to see live! She'll be joined by special guest support act Jagwar Twin! 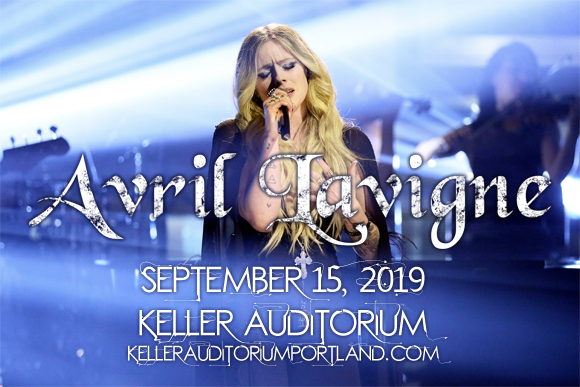 The third-best-selling Canadian female artist of all time, singer, songwriter, and actress Avril Lavigne has sold over 40 million albums and over 50 million singles worldwide to date. Lavigne made her debut in 2002 with the single "Complicated" reached number one in several countries worldwide and made her the youngest female solo artist to have a number-one album in the United Kingdom. Her debut album, Let Go (2002), reached the top ten in 23 countries worldwide and was certified six-times platinum in the UK and US, seven-times platinum in Australia and diamond in Canada. Lavigne returned to music this year after a six-year hiatus, releasing her sixth studio album, Head Above Water, in February.